Global financial markets had a rough month in April. Inflation continued to be top of mind for investors as data continued to show historic increases in prices. The Federal Reserve still appears to be behind the curve in combating inflation, but throughout the month, Fed officials provided multiple indications that more action would be taken. The more hawkish rhetoric took a toll on the yield curve, which saw massive swings over the month. The headwind of higher interest rates also continued to hit global equities. The S&P 500 could not hold critical areas of technical support, which left the index vulnerable to a late-month sell-off.   Q1 earnings started with mixed results and were on the margin disappointing for the mega-cap leadership names, i.e., Apple, Google, Facebook, Amazon, and Microsoft.

China’s zero Covid policy continued to wreak havoc on the global supply chain as major factories shut down. China did respond with more monetary stimulus and a pullback on its most recent regulatory crackdown. The Russian and Ukraine war continued without a resolution, contributing to global inflation woes. Russian atrocities against Ukraine induced more sanctions and invoked international calls for more military and humanitarian aid. 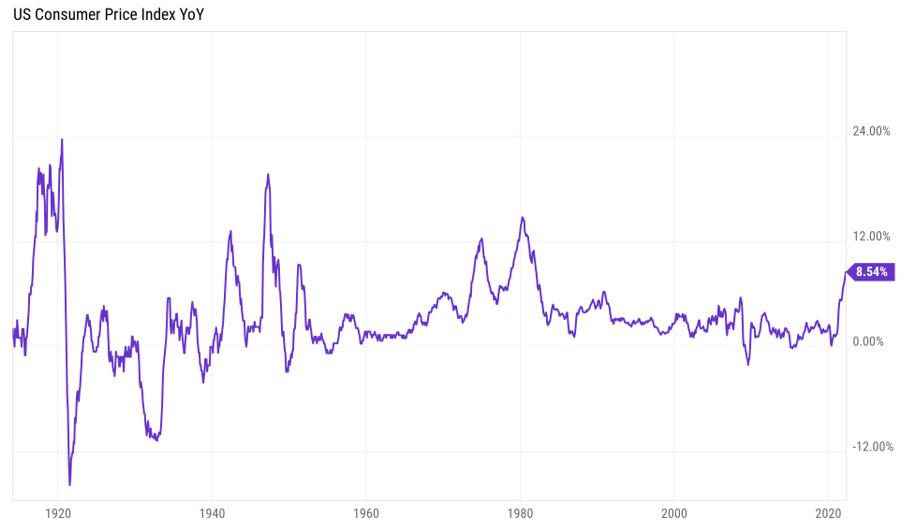 The yield curve was all over the place in April. We started the month with an inverted curve where the 2-10 spread went negative. The inversion was short-lived, and then we saw the 2-10 spread expand back to 38 basis points only to have it compress again. For the month, the 2-year yield increased forty-one basis points to 2.69%, while the 10-year yield increased by fifty-six basis points to close at 2.89%. It is widely accepted that the Fed will raise its policy rate by 50 basis points in the May meeting and start to normalize its balance sheet by $95 billion a month. 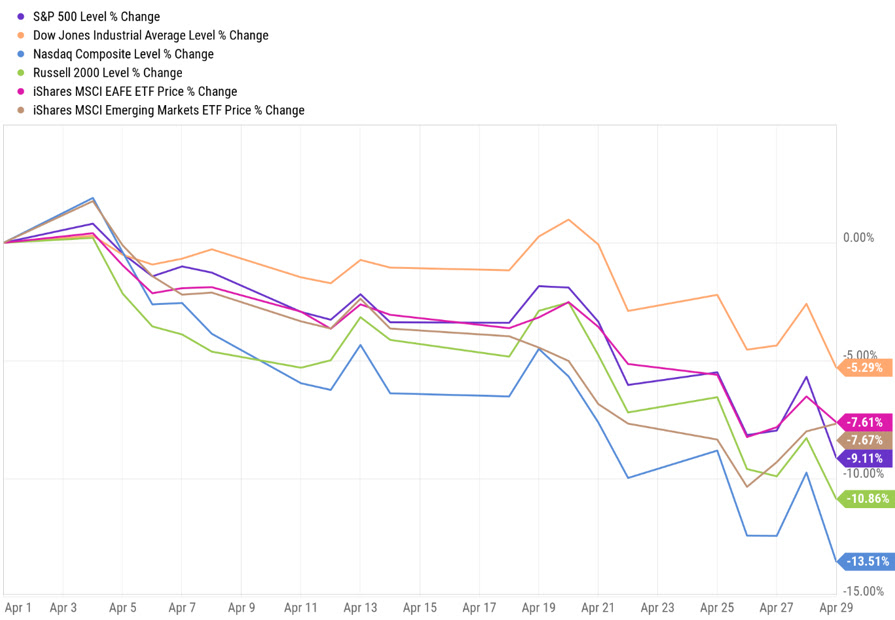