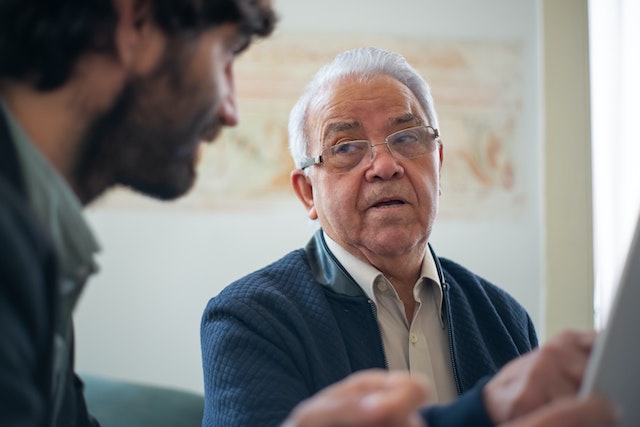 Some of the biggest changes to Medicare in years take effect in 2023, with more than 65 million Americans paying lower premiums and deductibles and about to feel the effects of landmark legislation designed to bring down the runaway cost of prescription drugs.

In addition, a number of changes to improve the way Medicare beneficiaries can access behavioral health care will take effect in 2023. Changes could also be coming to telehealth. Some virtual services expanded during the COVID-19 pandemic will continue, while others could be phased out if, as expected, the coronavirus public health emergency is lifted sometime in 2023. Congress could act to extend those telehealth expansions.

“We are keeping the more than 65 million people in the Medicare program at the center of everything we do,” Meena Seshamani, a surgeon, health economist and director of the federal Center for Medicare, told AARP in an interview. “All the work that we’re doing is to make care more accessible for them, make it work better and make it more affordable.”

Here’s a closer look at the biggest changes coming to Medicare in 2023.

For most Medicare beneficiaries, Part B premiums are deducted directly from their monthly Social Security payments. With Social Security’s cost-of-living adjustment (COLA) increasing benefits by 8.7 percent in 2023, Americans who are enrolled in both programs will see more money in their pockets each month.

The higher monthly charges paid by 7 percent of Medicare beneficiaries with high incomes also will decline in 2023. Part B beneficiaries with annual incomes greater than $97,000 will pay more than the standard premium — exactly how much more will depend on their income. For example, someone filing an individual tax return whose income is between $97,000 and $123,000 will pay $230.80 a month for Part B. Premiums for high-income beneficiaries started at $238.10 in 2022.

Enrollment in Medicare Advantage (MA), the private health insurance alternative to original Medicare, is likely to continue growing in 2023. Experts expect half of all Medicare enrollees selected an MA plan for the new year. Most Medicare enrollees must pay the Part B premium whether they have original Medicare or an MA plan. Some of these private plans do offer a “giveback” benefit in which the insurer covers part or all of a member’s Part B monthly premium.

Annual deductibles in Medicare Advantage plans and stand-alone Part D prescription drug plans vary by what plan you pick and where you live. The government does set a limit on Part D deductibles. That limit is $505 for 2023, compared with $480 in 2022.

A fixed cost in Medicare that is going up is the Part A deductible. While most Medicare enrollees do not pay a monthly premium for Part A, which covers inpatient hospital, skilled nursing facility, hospice and some home health care services, a deductible is charged for each hospital stay.

For 2023, the Part A deductible will be $1,600 per stay, an increase of $44 from 2022. For those people who have not worked long enough to qualify for premium-free Part A, the monthly premium will also rise. The full Part A premium will be $506 a month in 2023, a $7 increase. Whether a beneficiary must pay the full Part A premium depends on their or their spouse’s work history. Beneficiaries with Medicare Advantage plans should check with their plan for hospital charges.

Under the Inflation Reduction Act of 2022, which includes a number of provisions to lower the prices of prescription drugs for Medicare beneficiaries, beginning in 2023 copays for a 30-day supply of any insulin that a Medicare drug plan covers will be capped at $35. Enrollees won’t have to pay more than $35 even if they have not yet met their annual Part D deductible. Note that not every plan covers every type of insulin.

Beginning on July 1, Medicare enrollees who take their insulin through a pump as part of the Part B durable medical equipment benefit will not have to pay a deductible and they will also benefit from the $35 copay cap.

Another provision of the new law calls for some high-priced drugs to be subject to price negotiation with drugmakers. So although the monthly maximum copay for insulins covered by Medicare will be $35 in 2023, 2024 and 2025, beginning in 2026 — the first year negotiated prices will take effect — covered insulin copays for any drugs that have been part of the new negotiations will be $35 or 25 percent of the negotiated price, whichever is less.

Also under the new law, vaccines recommended for adults by the Centers for Disease Control and Prevention’s Advisory Committee on Immunization Practices (ACIP) will be available to Medicare recipients free of charge.

Some vaccines are covered under Part B and are already free to Medicare enrollees. Others are covered by Part D prescription drug plans and require beneficiaries to pay some of the cost.

For example, shots for the flu, pneumonia, COVID-19 (initial shots and boosters) and hepatitis B for some enrollees are free under Part B and that coverage will continue in 2023. Part B also covers vaccines needed to treat certain injuries or if you have direct exposure to a disease. Those include hepatitis A, rabies and tetanus.

Other vaccines, most notably the two-dose Shingrix, which guards against shingles, are covered under Part D prescription drug plans and may require cost sharing depending on the plan. Shingrix, for example, can run as much as $200 a dose. Starting in 2023, even if a beneficiary hasn’t satisfied their Part D deductible, that vaccine and others recommended by ACIP will be free to beneficiaries.

Another provision of the new law that will be fully effective in 2023 requires pharmaceutical manufacturers to pay a rebate to Medicare if they raise the prices of their drugs more than the rate of general inflation.

Beginning in 2023, companies that market both Part D prescription drugs — those bought at pharmacies — and Part B drugs, typically administered in doctor’s offices, will face penalties if they increase prices more than the rate of inflation. The rebates the companies owe will be the amount they raised a drug’s price above an increase to equal inflation, multiplied by what Medicare paid for all sales of that drug.

This new requirement is intended to discourage drug companies from raising their prices above inflation. According to research from the nonpartisan Kaiser Family Foundation, from 2019 to 2020 the prices of half of all drugs covered by Medicare increased more than the rate of inflation.

By Sept. 1, Medicare will announce the first 10 Part D drugs that under the new law will begin a first-ever process in which Medicare will negotiate prices with drugmakers, Seshamani said, and that “will have a huge impact for providing more affordability for drugs for people with Medicare.”

Negotiated prices for that first group of drugs, which will be selected from the 50 medicines for which Medicare prescription drug plans spend the most, will take effect in 2026.

Some telehealth rules will change

During the pandemic, Medicare expanded the availability of telehealth. This included allowing patients to talk to providers by phone, not just on face-to-face video calls, which is what Medicare rules had required. The government also expanded the types of providers who would be available for telehealth visits, including physical, occupational and speech therapists.

Expanding these extra services and the way telehealth visits can be held was made possible because Medicare officials were able to temporarily waive existing rules due to the coronavirus public health emergency. But once the emergency declaration is lifted, many of those extra services will be available only for another 151 days, Seshamani says. Congress would have to act to extend these pandemic expansions or make them permanent.

One area where the new telehealth flexibilities have been made permanent is behavioral health. Beneficiaries will continue to be able to access these visits via telephone only, in addition to via video.

Medicare will be paying for licensed clinical social workers, psychologists and other behavioral health specialists to be part of a beneficiary’s primary care office visit “so that they can get their behavioral health services right there, so that the whole person is taken care of,” Seshamani says. The program will also improve access to licensed marriage and family therapists.

In addition, Medicare is going to expand its services for substance abuse. “We are going to be paying for mobile vans, for example, for opioid treatment to bring care to where people are,” Seshamani says.

Medicare does not cover routine dental care. It does pay for some dental work that is needed in conjunction with another medical procedure, such as pulling a tooth during jaw surgery. Beginning in 2023, the program will expand the type of “medically necessary” dental services it will cover when needed with other procedures, such as a cleaning or other dental work that will improve the outcome of an organ transplant or cancer treatment.

Beginning in January, as long as people eligible for Medicare enroll during official enrollment periods, they won’t have to wait for their coverage to take effect. Also under a new federal regulation, more special enrollment windows have been established, including for people who, through no fault of their own, didn’t sign up when they were first eligible.

Before this new rule, people who signed up for Medicare after they were supposed to — generally within three months of turning 65 — sometimes had to wait two or three months for coverage to kick in. For example, signing up during the general enrollment period (Jan. 1 to March 31) meant waiting for coverage to begin in July.

People eligible for some of the new special enrollment periods include: individuals who missed their initial enrollment period because they were affected by a natural disaster; and individuals who were given bad information from an employer that led them not to sign up when they were supposed to. In addition, people who no longer qualify for Medicaid, the federal-state health insurance program for low-income persons, will be able to apply for Medicare during a special enrollment period if they lose their Medicaid coverage. Seshamani said this will be especially important when the COVID-19 public health emergency is lifted.

Dena Bunis covers Medicare, health care, health policy and Congress. She also writes the Medicare Made Easy column for the AARP Bulletin. An award-winning journalist, Bunis spent decades working for metropolitan daily newspapers, including as Washington bureau chief for The Orange County Register and as a health policy and workplace writer for Newsday.